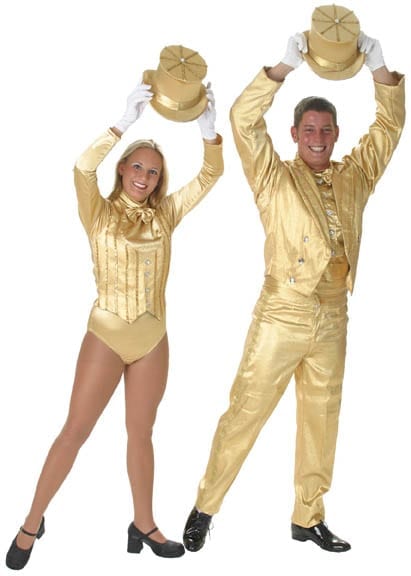 Director/choreographer Michael Bennett had long wanted to do a show that put the spotlight on that class of performers known as “gypsies,” not the stars, but the unknown dancers…

Director/choreographer Michael Bennett had long wanted to do a show that put the spotlight on that class of performers known as “gypsies,” not the stars, but the unknown dancers, the faceless artists that persevere in the chorus, suffering through the endless auditions and almost constant rejection that comes with a life in the Theatre. So in 1974, he rented a studio and invited 24 dancers to talk about their personal and professional lives. These sessions were recorded, written down, and eventually pieced into a libretto by playwright/novelist James Kirkwood and Nicholas Dante, one of Bennett’s dancers. Academy-award winner Marvin Hamlisch was brought in to compose the music, and Edward Kleban wrote the lyrics. Bennett even brought in playwright Neil Simon who–although uncredited–added several of the great one-liners in the play. A Chorus Line would revolutionize the way audiences view musical theatre. It broke away from the rigid story line of traditional musicals, instead weaving together the stories of the ensemble cast into a seamless whole. It broke new ground technically as well, becoming the first show on Broadway to use computers in the control booth. A Chorus Line opened at Joseph Papp’s Public Theatre on April 15, 1975. After an initial run of 101 performances, it moved to the Shubert Theatre where it would remain for almost fifteen years, breaking box office records and winning almost every possible award including 9 Tony Awards, 5 Drama Desk Awards, the Pulitzer Prize for Drama, the New York Drama Critics Circle Award, the Los Angeles Drama Critics Circle Award, the London Evening Standard Award, a special citation Obie Award, and even a Gold Record Award from Columbia Records. The show finally closed on April 28, 1990, after 6,137 performances. It has been produced in over twenty countries and continues to be popular around the world. The 1985 film version features Michael Douglas.