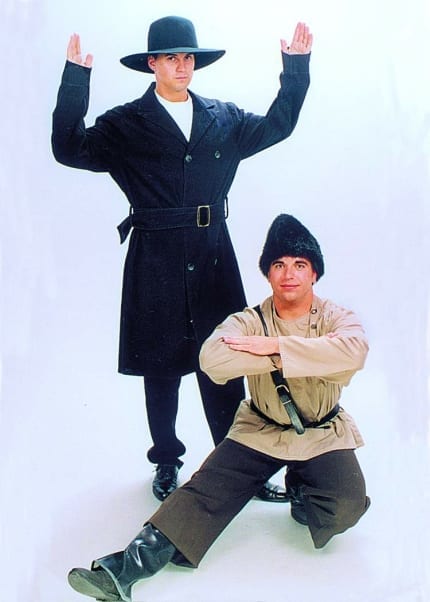 Fiddler on the Roof, based on the short story “Tevye and His Daughters” by Sholom Aleichem, was one of the first musicals to defy Broadway’s established rules of commercial success.

Fiddler on the Roof, based on the short story “Tevye and His Daughters” by Sholom Aleichem, was one of the first musicals to defy Broadway’s established rules of commercial success. It dealt with serious issues such as persecution, poverty, and the struggle to hold on to one’s beliefs in the midst of a hostile and chaotic environment. Criticized at first for its “limited appeal”, Fiddler on the Roof struck such a universal chord in audiences that it became, for a time, the longest running production in the history of Broadway. Set in 1905, Fiddler on the Roof takes place in Anatevka, a small Jewish village in Russia. The story revolves around the dairyman Tevye and his attempts to preserve his family’s traditions in the face of a changing world. When his eldest daughter, Tzeitel, begs him to let her marry a poor tailor rather than the middle-aged butcher that he has already chosen for her, Tevye must choose between his own daughter’s happiness and those beloved traditions that keep the outside world at bay. Meanwhile, there are other forces at work in Anatevka, dangerous forces which threaten to destroy the very life he is trying to preserve. Fiddler on the Roof opened on September 22, 1964 with Zero Mostel in the leading role. It ran for 3,242 performances at the Imperial Theatre and opened the door for other musicals to deal with more serious issues. The 1971 screen version featured Norma Crane, Molly Picon, and Topol.