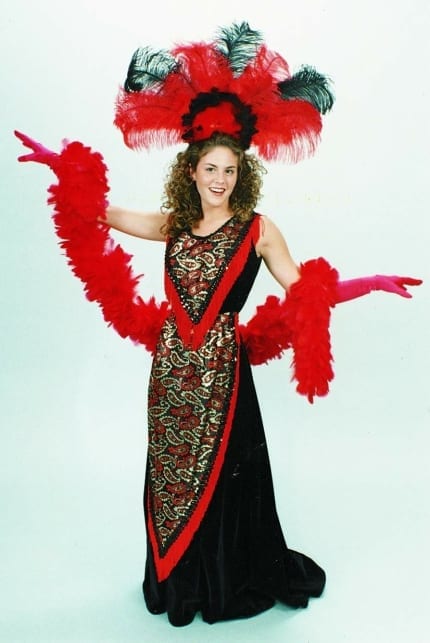 Based on The Matchmaker by Thornton Wilder, Hello Dolly tells the story of Dolly Gallagher Levi, a matchmaker who has been hired to arrange a marriage for the widowed half-millionaire Horace Vandergelder.

Based on The Matchmaker by Thornton Wilder, Hello Dolly tells the story of Dolly Gallagher Levi, a matchmaker who has been hired to arrange a marriage for the widowed half-millionaire Horace Vandergelder. Dolly, however, has other plans. She has herself been recently widowed and come to the conclusion that Horace and his fortune will make her the perfect mate. So when she arrives in Yonkers, she immediately begins to plant seeds of doubt in Vandergelder’s mind about Irene Molloy, the pretty young widow she has picked out for him. Meanwhile, down in the bowels of Vandergelder’s Hay and Feed Store, two of his employees are plotting to take advantage of the boss’ absence. Cornelius and Barnaby have decided to sneak off for their first-ever peek at the big city. They want to experience everything–maybe even kiss a girl! Once they make their escape, however, they have the misfortune of spotting Vandergelder on the street. Attempting to escape unnoticed, they slip into Irene Molloy’s hat shop, the very place Vandergelder has arranged to meet with Mrs. Molloy. Dolly and Irene attempt to hide the boys from Vandergelder who, much to Dolly’s delight, quickly comes to the conclusion that his intended fiancÃ©e is hiding a roomful of strange men. Vandergelder storms out indignantly, announcing his intention to meet instead with the extraordinarily wealthy Ernestina Money. This suits everyone just fine, for Cornelius has found himself smitten by Irene, and Irene, for her part, has already admitted to her assistant, Minnie Fay, that she was about to accept Vandergelder’s proposal only to escape from the drudgeries of her little hat shop. Dolly quickly sizes up the situation and suggests that the boys take Irene and Minnie Fay to dinner at the fashionable Harmonia Gardens to make amends for ruining the meeting with Vandergelder. Although Cornelius and Barnaby cannot afford such an expensive dinner, they soon find themselves standing in front of the Harmonia Gardens, two beautiful women on their arms and no idea how they will pay the bill. But when Vandergelder shows up at the same restaurant searching for the mysterious Ernestina, mayhem erupts, and by the time the confusion is over, everything may just have worked itself out–even if it isn’t the way one might have expected when the evening began! Hello, Dolly! opened at the St. James Theatre on January 16, 1964 with a cast that featured Carol Channing (Dolly), David Burns (Horace), Charles Nelson Reilly (Cornelius), Jerry Dodge (Barnaby), Eileen Brennan (Irene), and Sondra Lee (Minnie Fay). The show ran for 2,844 performances and briefly held the record for the longest-running Broadway production before it was overtaken by Fiddler on the Roof. During the Broadway run, Ms. Channing was succeeded by Ginger Rogers, Martha Raye, Betty Grable, Bibi Osterwald, Pearl Bailey, Phyllis Diller, and Ethel Merman (who had originally turned down the role.) The 1969 film version featured Barbra Streisand and Walter Matthau.