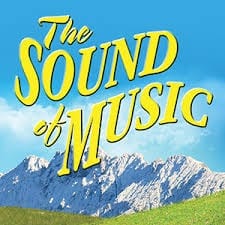 The Sound of Music

The final collaboration between composer Richard Rodgers and lyricist Oscar Hammerstein II who passed away nine months after the opening, The Sound of Music is based on Maria Von Trapp’s autobiography The Story of the Trapp Family Singers.

The final collaboration between composer Richard Rodgers and lyricist Oscar Hammerstein II who passed away nine months after the opening, The Sound of Music is based on Maria Von Trapp’s autobiography The Story of the Trapp Family Singers. Originally, the musical was to contain only actual music that had been sung by the Trapps in their concerts, plus one original song by Rodgers and Hammerstein. The talented songwriting duo balked at this, however, and eventually they were allowed to contribute the entire score. Set in 1938, The Sound of Music tells the story of Maria Rainer, a free-spirited nun who is hired by Captain George Von Trapp to care for his seven children. Although Captain Trapp is engaged to a wealthy socialite, he and Maria eventually fall in love and marry–but their happiness is soon shattered when the Nazis invade Austria. The Sound of Music opened at the Lunt-Fontanne Theatre on November 16, 1959 and would eventually become the second longest running Broadway musical of the Fifties. The original production featured Mary Martin and Theodore Bikel. The 1965 film version co-starred Julie Andrews and Christopher Plummer.